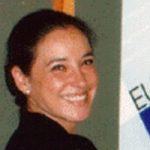 Welcome to EUROCALL, the European Association for Computer Assisted Language Learning, a professional association that was formally established and launched in 1993 with the support of the European Commission. In September that same year, EUROCALL gathered CALL practitioners, developers, and researchers from over 30 countries at its first international conference, which was hosted by the University of Hull in the UK. In those years CALL was an extremely new area to be explored and nobody quite knew where information and communications technologies would take us. Today however, although many of us still become excited by the prospects of that which remains to be developed and discovered, emphasis is no longer placed on the technology itself but on the pedagogical and methodological implications on language learning and its inherent processes.

Since 1993, EUROCALL has become a well-established leading organisation whose main aims are primarily to aid in advancing education by promoting the use of foreign languages within Europe and by providing a European focus for the promulgation of innovative research, development and practice in the area of computer-assisted language learning, and technology-enhanced language learning in education. EUROCALL is highly committed to facilitating knowledge transfer through special interest meetings, annual conferences and staff mobility arrangements, as well as disseminating theoretical and practical findings through its two publications, the EUROCALL Review and the biannual journal ReCALL, published by Cambridge University Press. Over 200 academic articles have seen the light in the existing 17 volumes.

Since its launch in 1993, EUROCALL has organised 13 conferences in 13 different cities throughout Europe; from France to Hungary, and from Finland to Spain. The conferences have attracted a regular core of participants normally ranging between 300 and 350. Our membership, which has steadily grown, is comprised of individuals and institutions from 35 different countries from the five continents. I am therefore convinced that the diversity of languages and cultures represented within EUROCALL contribute towards its true assets, i.e. richness in scope, international co-operation and belief in progress and advancement. EUROCALL is therefore an excellent means of channelling synergies leading towards setting up joint ventures.

One of EUROCALL’s aims is also to open up new scopes and follow-up on new trends for its membership. To this end the association is affiliated with other world organisations such as CALICO or IALLT, but to name a couple, as well as being one of the founders of WorldCALL, a world association integrating a number of national and international organisations that focuses on enhancing the opportunities for those nations currently underserved in the areas of CALL and TELL for participation and collaboration in the development of materials, research, and technological capabilities.

Another of the association’s assets -if I may call them this- is our body of National Representatives; EUROCALL enthusiasts who altruistically devote their time and energy to disseminating EUROCALL in their own regions and countries and serve members in their own languages. My most sincere thanks to them.

I would like to close this brief welcome by acknowledging the invaluable, and also altruistic, work carried out by the EUROCALL Executive Committee, without whose tenacity and determination EUROCALL would not survive. Thank you.